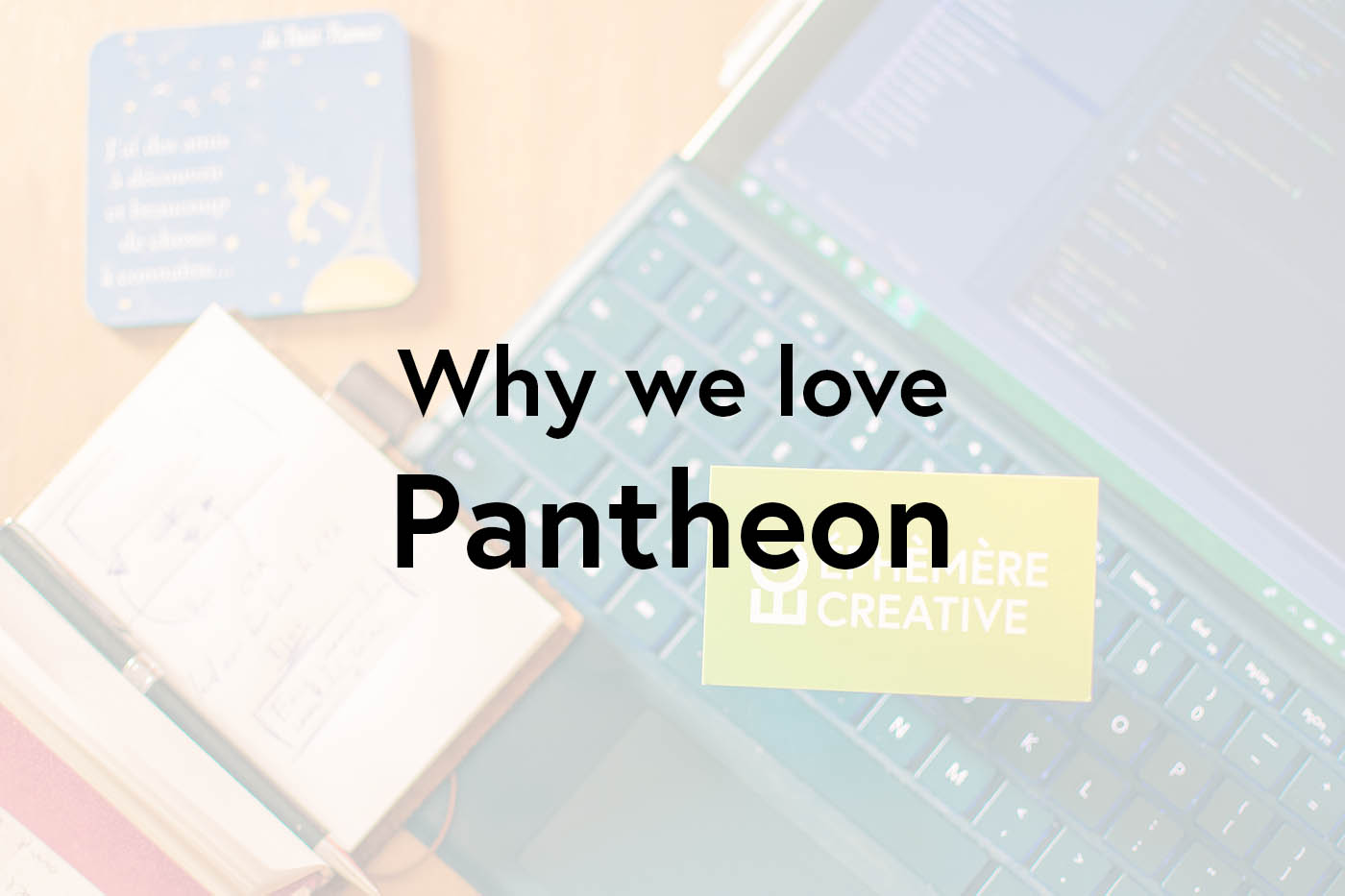 We’ve worked with various WordPress hosting platforms, including WPEngine, DreamPress, GoDaddy, and custom setups deployed to AWS. But so far our favourite is the one this site is currently hosted on (as of December 21, 2017)  Pantheon.

These days, almost every hosting service seems to have options like caching, staging environments, free SSL through Let’s Encrypt, maybe integration with a CDN… but Pantheon does all that and more, which is why we love them. Here are some of our favourite things about Pantheon:

They play nice with git.

If you’re not a developer, that last word might not make much sense to you in this context. And we’ll put together a blog post to help you non-devs understand “git” better in the future, but for those of you who know what git is… this is really great.

When you work on a pantheon site, every change you make to a file is managed with git. Install a new plugin via the WordPress dashboard? You’ll get a nice little dialog in the Pantheon dashboard asking you for the commit message. Need to setup your dev environment to work on the site? Easy. Clone the site with git. Want to collaborate on a feature branch with your team? Simple. Pantheon’s MultiDev system lets you spin up a new container for every git branch.

Tying WordPress into git so beautifully makes it easier for us to work more efficiently. It’s awesome.

This workflow is an amazing way to work on various parts of a site and make sure you know exactly what is going to happen when you deploy.

Pantheon has partnered with another service we love and use regularly… New Relic. They make it really easy (pretty much a single click), to add New Relic’s APM to your site and start monitoring it. With New Relic you’ll easily figure out if a plugin is slowing down your site, how long most requests take, and even have a nice breakdown of any errors your site is running into.

So that’s pretty much it. We love Pantheon, and we’d encourage anybody thinking about building a WordPress site to check them out! If you need help designing or setting up a WordPress site, shoot us a message and we’ll see if we can help you out!